This has been in my opinion the first real year, and hopefully this will continue, for gamers on Linux, this is due to a massive investment by Valve in bringing the Steam platform on Linux systems and their planned Steam OS, that will be based on Linux.

So in short, I’ve never seen so many different games (also if closed source) available for my Linux desktop, and this is my personal top 10 of the games that I’ve played this year.

As you can see from this list I like strategic and RPG games, but in this list there are also other genres, let’s take a closer look to each of them.

You can find all of these games on Steam, and most of them are available at a discounted price on The Humble Store, I suggest to take a look at both websites as in these days they are doing big sales on these titles with discounts from 25 up to 75% of the listed price.

Set out on a grand adventure in this turn-based, retro style, pixel-art RPG, inspired by the great titles of the 90’s. Take on the roles of in-game players taking on the roles of their characters in a traditional pen and paper RPG session in the ultimate meta roleplaying experience.

Taking on the roles of both the playing characters AND the dungeon master, players can choose which battles to fight. Put together a bunch of monsters to make for a challenging fight and your efforts will be equally rewarded!

Choose from multiple classes, such as knights and mages, pick your characters to control those classes, like grandma or kid brother, and take on the loads of quests, monsters, items and equipment littered throughout Knights of Pen & Paper +1 Edition. Blacksmiths, enchanters, mining, gathering, hidden treasures and a whole lot more await, giving players a lot of room to personalize their gameplay experience. 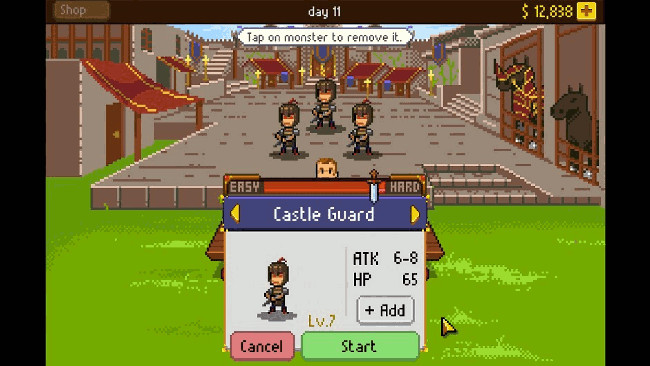 That’s the game that I’ve used to test my playstation 2 gamepad, and it worked flawless in this funny game.

Shank 2 is a sequel to a 2D side-scrolling beat ’em up video game Shank by Klei Entertainment and published by Electronic Arts. Shank 2 features a new multiplayer survival mode, updated combat mechanics, and new weapons. Shank 2 does not feature the cooperative story mode which appears in the previous installment, instead offering a two-player survival mode.

After the death of cartel leader Cesar at the end of the first game, Shank’s homeland has been engulfed by warfare as various factions attempt to take control. General Magnus has emerged victorious, and his militia now rules with an iron fist. They have overthrown the government and Magnus has declared himself President, taking over much of the cartel’s criminal activities.

The rebellion against the militia is being led by Shank’s old mentor, Elena. At the game’s opening she is kidnapped by the militia’s forces; unbeknownst to the majority of the population, Magnus is gravely ill, and he needs a heart transplant if he is to survive. He intends to take Elena’s heart, a process which will kill her. Shank must fight his way through Magnus’s army in order to rescue his mentor and once more overthrow a despot.

Faster Than Light (more commonly known as FTL) is a top-down, real-time strategy game on Steam, made by indie team Subset Games. The player takes control of the crew in a space vessel that’s in possession of critical information that must be delivered to an allied fleet several sectors away. However, to make the game more challenging, you are pursued by a large rebel fleet in every sector.

In keeping the story simple, the team has been able to create an indepth management system. You must maintain the ship when it’s damaged and make difficult decisions when under attack. For example, jumping in the middle of battle or taking energy from one source to power a weapon.

Jumping is how the player moves through the game, and, in some circumstances, the player may be near death, but can still escape battle. You will, of course, have encounters with the rebels. These are real-time, ship-on-ship battles which are the core of Faster Than Light’s gameplay, and, on quite a few occasions, the tension is increased through forcing you to make split-second decisions at every turn.

You can also upgrade your ship’s defenses and weaponry so as to aid you in your quest (e.g., upgrading your shield so that it can take more hits, or purchasing new weapons to add to your armory). The currency in the game is called scrap and can be used to buy upgrades, fix your hull, or even given to rebels to spare your life. Not only can you upgrade your weaponry, but the crew members also level up as you place them in different rooms on the ship. 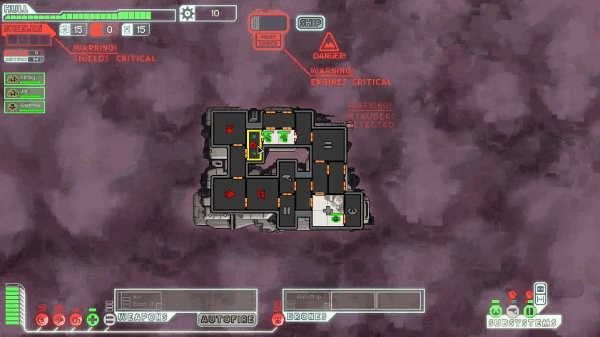 7 – Defender’s Quest: Valley of the Forgotten

This is a Role Playing Game (RPG) built around a tower defense game play style. It is a great game to get all of the action without all of the additional fluff that sometimes comes along with RPG.

Defender’s Quest tightly focuses on three things: tactical depth, customization, and story. That means no random encounters, no spikey-haired emo kids, no forced time sinks, and no tedious, repetitive battles.
The battle system builds off of tower defense, with individual characters taking the place of towers. Each character levels-up, learns skills, and equips gear individually, allowing the player to customize their battle experience and strategy. The overall game structure is similar to “tactical” RPG’s, but with a real-time battle system. Game speed is adjustable, and commands can even be issued while the game is paused.

A demo is available via steam, but only for Windows and Mac or on the official website also for Linux.

This is perhaps the game with the best graphic in my list, and I’m sure you’ll love it.
Trine 2 is a sidescrolling game of action, puzzles and platforming where you play as one of Three Heroes who make their way through dangers untold in a fantastical fairytale world.

As with the first game, the mystical “Trine” has bound the three characters together into one common entity, and thus the player controls only one character which can be switched to the other two at any time. Each of the characters has unique abilities: Amadeus can use magic to grab onto certain objects in the game world, and create boxes and planks to be used to get around; Zoya can strike at objects with her arrows, and grapple onto certain surfaces; and Pontius is strong in combat against foes, can bash apart walls, and deflect projectiles with his shield. A combination of these elements are necessary to complete each stage in the game’s world.

Characters have individual life meters, and if one character’s meter depletes, that character cannot be used until the next checkpoint is reached. If all three characters lose their life meter, the player must start back at the last checkpoint. Throughout the game world are special magical vials, and for every fifty of these collected, the player receives a skill point, which can be used to gain abilities through a skill tree for each character. These skill points can be used collectively for each of the three characters, and can be traded between them.

Trine 2 also supports up to three players in a cooperative mode. In this mode, each player controls one of the three characters, but all must be unique; three players will be forced to play as Amadeus, Zoya, and Pontius. Two players can switch characters as long as both agree to the swap. If a character dies, the other players can revive the character at the next checkpoint. The skill tree is shared among all characters, based on the hosting player’s saved game.

Story elements are incorporated into the game through the use of an all knowing narrator (voiced by Terry Wilton) as well as in-game scripted sequences. Scattered throughout the levels are also letters, poems, and documents which further flesh out the backstory and provide additional insight into the game’s characters.

This is the first part of my list about my top 10 favorite games on Linux for the 2013, soon I’ll publish the second half with my 5 favorite games.