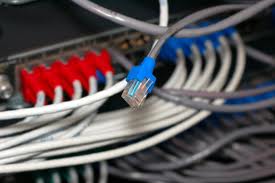 One element that is often not know, or that should be measured after a problem statement or after a change in the infrastructure is the network . But how do you accurately measure the speed between two servers?

Someone use ftp, scp or other file transfer protocols, these can give some indication, but probably you’ll measure the limit of your disks or CPU.

In this article I will show you 3 way to measure the bandwidth from the command line, without using the disks.

The bandwidth is measured through TCP tests.

To be clear, the difference between TCP (Transmission Control Protocol) and UDP (User Datagram Protocol) is that TCP use processes to check that the packets are correctly sent to the receiver whereas with UDP the packets are sent without any checks but with the advantage of being quicker than TCP.
Iperf uses the different capacities of TCP and UDP to provide statistics about network links.

With Iperf you have a server machine where iperf put itself in listening and the other that is the client that send the informations.

So using Iperf (with appropriate flags) on both our machines we can simply measure the bandwidth between them.

Iperf is available also for Windows.

To eliminate the disks from having any part of the transfer, we will use netcat transferring the output of command yes. Netcat is described as being a “feature-rich network debugging and exploration tool”. It can be obtained from Source Forge, or it may already be available in your distribution.

Again we will use one of the machines as a server that receives the data and the other as a client that sends the information.

On the client machine

On client stop the process  after 10 seconds (more or less) with ctrl-c, you’ll get something like:

On the server machine, note the data received (in bytes)

Now multiply the bytes rcvd by 8 to get total bits, then divide by the time: Result in this example is 70Mb/s

BWCTL is a command line client application and a scheduling and policy daemon. These tests can measure maximum TCP bandwidth, with various tuning options available, or, by doing a UDP test, the delay, jitter, and datagram loss of a network.

The bwctl client application works by contacting a bwctld process on the two test endpoint systems. BWCTL will work as a 3-party application. The client can arrange a test between two servers on two different systems. If the local system is intended to be one of the endpoints of the test, bwctl will detect whether a local bwctld is running and will handle the required server functionality if needed. 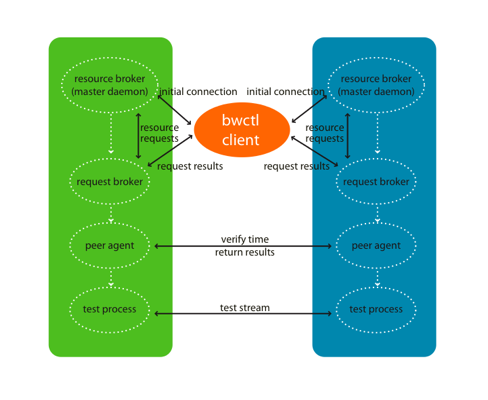