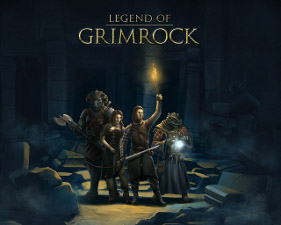 I’ve bought Humble Bundle 7 (still available for 24 hours) and a big positive surprise of this bundle has been Legend of Grimrock.
This is a classic RPG game, you’ll have the control of 4 characters that you can choose between 4 races and 3 classes with these “heroes” you’ll have to walk in a dark dungeon searching to regain your freedom.

The game it’s a slow paced real time RPG, where you have to use your wits and intelligence much more than the muscles of your 4 Heroes, the graphics is really well done and i suggest to play it during night time or without strong lights to have a great game experience.

As any good RPG you have multiple choices to create custom characters to complete your quest, for every character you can choose a race between the 4 available:

HUMAN. The most populous of the sentient races in the world, humans see themselves as the keepers of order and peace but not all the other beings agree with their definition of laws or where the borders of nations are drawn.

MINOTAUR. Unlike humans, Minotaurs don’t associate power with wealth or aristocracy but with strength and feats of bravery. Minotaurs are tolerated in the cities only because of their ability to do hard labor without rest as long as beer and meat is provided.

LIZARDMAN. Lizardmen prefer to live in the vast deserts, woods and swamps of the realm but during times of severe drought or when the realm has been ravaged by wars, some of them have been forced to flee to human cities where they often end up as beggars and petty criminals.

INSECTOID. Because insectoids mostly keep to themselves and they rarely wander into the lands populated by other races, very little is actually known of their culture or history. People often rumor of hidden underground insectoid cities and great libraries filled with arcane knowledge.

Every race has its bonus and malus on the attributes that determine what’s the best class for each of them, the 3 classes available are:

And to add more information and depth to the characters, every character will have a score in the 6 main attributes, 2 traits and a number of skills that will go up with levels up to level 50.
In short this means that you have a great opportunity to customize each character at the beginning of the game and choose what skills will learn during its growth. 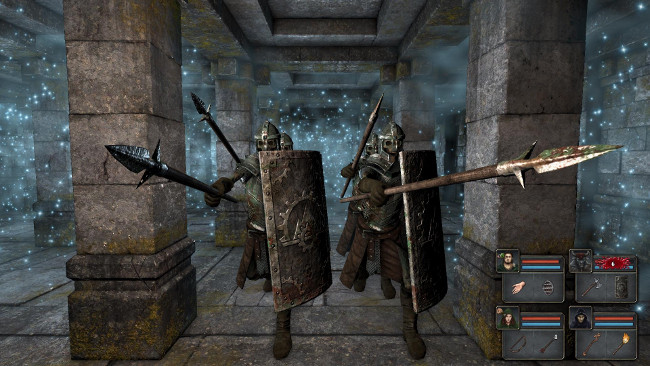 On top of Mount Grimrock, an airship carries a group of prisoners escorted by armed knights. The prisoners, sentenced by “the court” for crimes against the King, have been sentenced to be thrown into the pit of Mount Grimrock, at which point their crimes will be absolved. However, no prisoner pardoned in this manner has ever returned.

On being sealed within the mountain, the prisoners make their way downwards through the levels of Grimrock Dungeon, guided by a disembodied voice which comes to them in their sleep promising that a way of escape for both it and the party awaits at the bottom of the dungeon. The party also occasionally finds notes from a previous wanderer of the dungeon named Toorum, who aside from offering clues to certain puzzles and hidden stashes of equipment, talks about his experiences of the dungeon’s periodic tremors and the dungeon’s design seemingly meant to be “traversed from the top down”.

Legend of Grimrock is a first-person realtime action role-playing game. Players control a party of 1-4 characters which they move through a 3D rendered grid-based dungeon.

Gameplay consists of a combination of puzzle solving and combat. Characters within the party gain experience for slaying creatures and beasts within the dungeon, allowing them to increase in level and progress skills which enhance combat abilities and allow the casting of new spells, and equipment is obtained through exploration and solving of puzzles throughout the dungeon. Many of the harder puzzles throughout the game are designed as bonuses, being optional to the progression through the dungeon but granting superior items and equipment for solving them.

As wrote in the start don’t expect to play a fast paced game like a FPS, this is more a game of exploration where you’ll pass multiple times in the same tunnels in search of a small switch that will open a secret door, some room are real riddles, like a floor full of switches where you have to find the exact path to reach the exit. 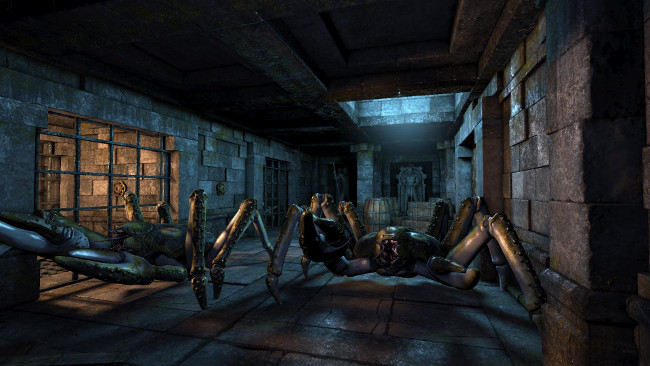 And if you think that playing the 13 levels with different Heroes is not enough, don’t worry there is also a Dungeon Editor that allow everyone to design and test his own levels, or perhaps you just want to download some of the best mods that can add hours and hours of new riddles and secrets for your fun.

This game was a surprise, because initially I was expecting the usual go ahead and kill the monsters that become bigger and bigger, but Legend of Grimrock is not, only, this.

The real pleasure in this game is the exploration of the dark dungeon, the research and resolution of all the secrets that the developers have put in each level while wondering what is behind the next level.

The settings are very well-designed and the music and sound effects make the game very addictive, in my opinion this is a very good old-school RPG that you can buy for 15$ from the official website or hopefully soon also the Linux version will be available on Steam.

One Response to “Linux Game: Legend of Grimrock”