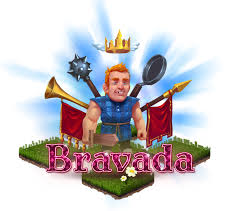 Bravada is the new game from Ukraine developers Interbellum Team that features a cheery little story. This game differ from most of the others for it’s gameplay, in short it’s a mix of a vertical scroller with RPG and turn based strategic game.

The game follows the story of a young dwarf who has yet to acquire his own beard and dreams of having his own adventures. When he is awoken from his dreams his only adventure is looking after chickens but all is not what they seem when he enters the chicken coop. The chickens were being mind controlled and they attacked him on sight. Its up to him to save the chickens and slay the slimes that are controlling them. This is only the beginning of our young heroe’s story and the mystery of why he hasn’t grown a beard will be revealed in a humorous tale. The story will take you to many different locations based on different locales including forests, beaches, caves and dungeons. The story is told using hand drawn cutscenes and Zelda style voice acting (grunts and hums).

Where to get it

I’ve played this game via desura (where it’s rated 9.1), and this is probably the easiest way to get and play the game, the game cost €7,99 and is availabe for Linux,Mac and Windows.

Also, if you want to test it you can download a demo and play it for free.

As wrote this is one important aspect of this game, the entire phase of the game will take place on a semitransparent chessboard covering the whole setting, each character or unit will occupy one of them and can move in any direction, provided that they are not obstructed. The grid can also be made ​​invisible in the options menu. On this board you will find all the elements of the game: our hero and our units, enemies, obstacles, coins and objects. Characters will move to turn in the direction indicated, all together, and will automatically attack a target within range. It will also be possible to take drag and drop a single friendly unit to change its position, this action will end the round and we can not move any other. This combination of synchronized movements and displacements should create a single functional formation that can address the many waves of enemies, which will move according to the same logic. 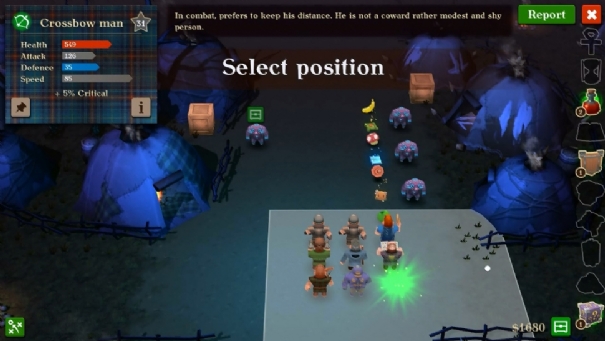 You will go through different set ups for your dwarves as individuals will die, but there is a neat element where you can summon a replacement, and that replacement can be any character except for the hero and the enemy boss creatures. You can acquire Soul Amulets that allow you to select a character that is on screen, friend or foe, and then duplicate them to add to your squad. This means you can choose to copy another dwarf, a beetle, a chicken or an orc. 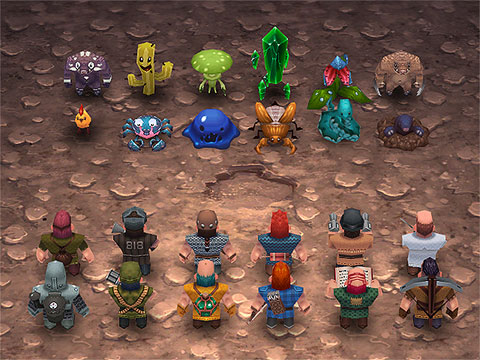 On top of this you can evolve the team members. As you proceed in the adventure you and your companions will gain experience and your companion can evolve and change class, every time you’ll be able to choose which class choose, in general this will change their attacks range (melee or ranged weapons) or their ability, you could choose to have a cook that can heal wounds in your team, so you can create your unique party mixing dwarves with different classes and “cloned” enemies.

– Fresh battle system. It is turn based but feels like an action
– Hundreds of units. And you can get anyone to your team (even foes)
– Humorous plot and unique description of every game element
– RPG-elements like inventory and unit classes
– Units evolution and selection of specialization on every 5th level-up
– Move your team around with the WASD keys or drag and drop.
– Play how you like: Run through each level slashing at your foes, or spend time strategizing over your next move.
– Easy controls with fast gameplay, whilst remaining to be a deep tactical game at the same time.

As first title of a new dev team I must say that this game has for sure some interesting elements, as wrote, the gameplay it’s the things I’ve found most different from many similar games, and I liked it enough, the graphic it’s well done and the story it’s what you could expect, funny more than epic.

In short, my suggestion it’s to download the demo and give it a try, and discover if you like this kind of gameplay.