If you would like to test out Linux before completely switching it as your everyday driver, there are a number of means by which you can do it. Linux was not intended to run on Windows, and Windows was not meant to host Linux. To begin with, and perhaps most of all, Linux is open source computer software. In any event, Linux outperforms Windows on all your hardware.

If you’ve always wished to try out Linux but were never certain where to begin, have a look at our how to begin guide for Linux. Linux is not any different than Windows or Mac OS, it’s basically an Operating System but the leading different is the fact that it is Free for everyone. Employing Linux today isn’t any more challenging than switching from one sort of smartphone platform to another.

END_OF_DOCUMENT_TOKEN_TO_BE_REPLACED

Linux is actually used to run most of the Internet as it is considered to be rather stable compared to other operating systems. This is one of the reasons why people choose Linux over Windows. Besides, Linux provides its users with privacy and doesn’t collect their data at all, while Windows 10 and its Cortana voice control system always require updating your personal information.

Linux has many advantages. However, people do not hear much about it, as it has been squeezed out from the market by Windows and Mac. And many people get confused when they start using Linux, as it’s a bit different from popular operating systems.

So to help you out we’ve collected 5 useful resources for those who want to know more about Linux.

END_OF_DOCUMENT_TOKEN_TO_BE_REPLACED

I found this great article of Anton Gostev about Spectre and Meltdown, so I’m reposting it here :

By now, most of you have probably already heard of the biggest disaster in the history of IT – Meltdown and Spectre security vulnerabilities which affect all modern CPUs, from those in desktops and servers, to ones found in smartphones. Unfortunately, there’s much confusion about the level of threat we’re dealing with here, because some of the impacted vendors need reasons to explain the still-missing security patches. But even those who did release a patch, avoid mentioning that it only partially addresses the threat. And, there’s no good explanation of these vulnerabilities on the right level (not for developers), something that just about anyone working in IT could understand to make their own conclusion. So, I decided to give it a shot and deliver just that.

END_OF_DOCUMENT_TOKEN_TO_BE_REPLACED

Today I’m glad to publish a guest post about Galera a software that I’ve used in the past to manage a multi-master mysql cluster:

END_OF_DOCUMENT_TOKEN_TO_BE_REPLACED

Recent news has reported that an urgent data corruption issued has destroyed file systems in
Linux 4.14 and if you are using bcache to speed up your Linux 4.14 you are being urged to stop it immediately if you want your data to survive. 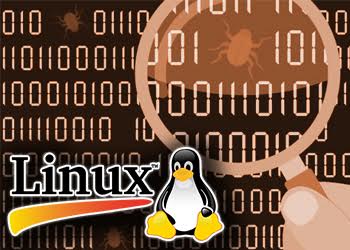