It’s some time that i don’t do a roundup of games, and so today i want to present you some of the best FPS available for Linux.
Like i always say, the time where Linux games were not comparable with the Windows counterpart is past, and now , with the right hardware, you can play some great games also on your Linux box. 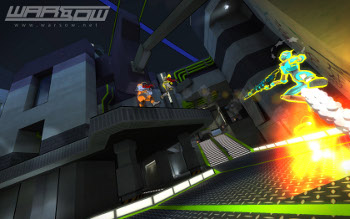 Speed and movement, that’s what Warsow is all about. Like a true cyberathlete you jump, dash, dodge and walljump your way through the game. Grab those power-ups before your enemy does, plant the bomb before anyone sees you, and steal the enemy’s flag before anyone knows what’s going on!

There are mainly three distinctive aspects in Warsow.

The game uses the QFusion engine that it’s an advanced modified version of Quake II engine. This not only remember the good old Quake, but also the fast gameplay not suitable for lovers of “sniping”.

The game modes are different, to keep everyone happy, including:

This is a video with the trailer (of release 0.5) and gameplay from 0.61
[youtube]http://www.youtube.com/watch?v=rjsV7yXPfhk[/youtube 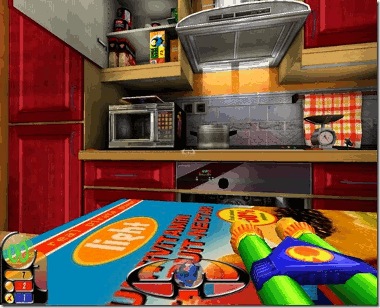 World of Padman is a game platform, open source and free, derived from the graphics engine of Quake3. Unlike the illustrious and prolific progenitor, the settings and the characters are comic, as you can see in the video below.

World Of Padman maps are really wonderful, they are based mostly on the home: The kitchen, garden, living room and the players are small and fanciful characters armed to the teeth. Their size will allow you to exploit creatively all the objects in the various maps. So a common toaster can become a springboard for a super jump or a sink full of water will be for us a good place to hide underwater.

The game fully supports modifications, and custom maps can be created.

In World of Padman, players die when they run out of health. Players can restore their health at a loading station or with the power-up ‘revival’ unlike in other games. In World of Padman there are no health items to collect. 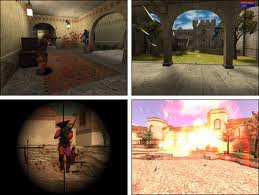 From the official site:

Urban Terror™ is a free multiplayer first person shooter developed by FrozenSand, that (thanks to the ioquake3-code) does not require Quake III Arena anymore. It is available for Windows, Linux and Macintosh. The current version is 4.1.

Urban Terror can be described as a Hollywood tactical shooter; somewhat realism based, but the motto is “fun over realism”. This results in a very unique, enjoyable and addictive game.

Urban Terror is an online multiplayer game, so start playing it by joining an online server that hosted the game. Urban Terror features several game modes such as: 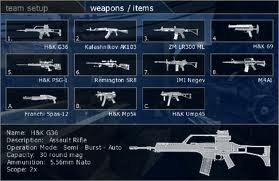 Weapons : The weapons, which are many, have recoil, are slow to load and shoot in a very similar or likely to real weapons. There’s an assault rifle, grenade launcher, sniper rifle, machine gun and much more. Players automatically spawn with a Ka-bar knife, pistol and a primary weapon as the bare minimum. A secondary weapon can also be chosen.

Maps: The maps of urban terror are many and well designed:you’ll find yourself fighting in churches, roofs (the classic “down town”), into the cities, castles, towns (for example, fighting in a beautiful town in Austria), abbeys, or desert, the effects of rain and snow are also worth mentioning.

Damage: Damage registration in Urban Terror is done by dividing the player target into four discrete areas: head, torso, arms, and legs. The effects on the torso and head can be reduced by game items such as the kevlar vest and the kevlar helmet, respectively. In addition to the damage system, wounds require bandaging, and wounds sustained in the legs slow the player down considerably until they are bandaged 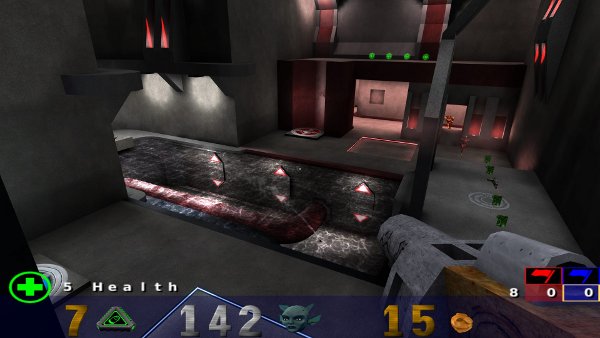 Open Arena is a first-person shooter based on an evolution of the graphics engine of Quake III Arena and the fans will recognize it without any trouble at all all the things that are inherited from that game: the various modes of play: single player and multiplayer , weapons and objects. The purpose of Open Arena, however, is not to have a free version of Quake III Arena, but a game that, built on the same basis, has its own “personality” and that can be seen starting with the player models which while retaining, in some cases, the names that exist in Quake III Arena have a totally reinvented design.

The Open Arena package includes several maps, some are enabled for single-player mode , others are only available for one or more of the multiplayer mode for which you can still select the game mode, and various local bots as opponents if you do not want or do not have the ability to connect to a server to play online against human opponents.

Instant Gib and All Rockets weapons modes are supported.

One great thing about OpenArena is that it runs well on even modestly specified systems. You won’t need a brand new PC to fire this up – though it will certainly help make the most of the built in OpenGL acceleration. 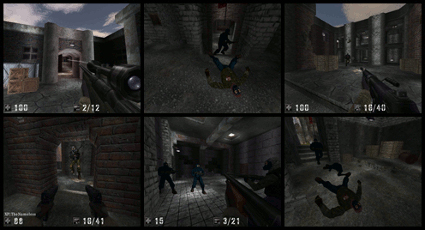 AssaultCube is a free multiplayer first-person shooter game, based on the CUBE engine. It takes place in realistic environments, with fast, arcade gameplay. Although the main focus of AssaultCube is multiplayer online gaming, a single player mode consists of computer-controlled bots.

AssaultCube utilises efficient bandwidth usage, which means low-latency, so it can even run over a 56kbit/s connection. As well as this, it can run on older computer hardware.

AssaultCube is available free of charge to download for Microsoft Windows, Linux and Mac OS X. The game engine is free software, parts of the accompanying game media, such as the graphics, are released under non-free licenses.

AssaultCube was designed to be more realistic and team-oriented than Cube while keeping Cube’s distinctive fast-paced gameplay. In comparison to other games, AssaultCube is slower than Quake but faster than Counter-Strike. There are two different teams in AssaultCube, called the Cubers Liberations Army (CLA) and the Rabid Viper Special Forces (RVSF).

AssaultCube retains a movement bug from the original Cube engine that allows players to utilize straferunning to move at a faster speed. This was left intentionally unfixed by the developers because it was considered an enjoyable feature of Cube, similar to bunny hopping in Quake.

Another rather unrealistic feature of the game is the potential for using the recoil of the weapons (which pushes one backwards) to reach and perform moves that were previously impossible. This was also included intentionally, allowing players to achieve faster movement and jump higher. This feature was inherited from Cube, though it was absent in the original release of AssaultCube.

Deathmatch and Team Deathmatch
One Shot One Kill and Team One Shot One Kill (Sniper rifle only and knife only)
Last Swiss Standing (Knives and grenades only)
Survivor and Team Survivor (Teams fight until opposing team is eliminated)
Pistol Frenzy (Pistols, knives, and grenades only)
Capture The Flag
Keep The Flag and Team Keep The Flag (Find the flag and keep it as long as you can)
Hunt The Flag (Known as VIP in other games)
Against Computers in many difficulties

Bot Team Deathmatch and Deathmatch
Bot One Shot One Kill