I’ve changed the GNU/Linux distribution of my home computer from Xubuntu to Mint (XFCE edition) 2 releases ago, and from that date I’ve never regret it, so while I wait for the release of the XFCE edition of Olivia (the code name of Mint 15), I’m glad to publish an interesting article of Manuel and it’s experiences with the Cinnamon edition of Mint 15.
—

The new version of Linux Mint has just been released. The developers have arrived at version 15, the nick name of this version is Olivia. A lot of the changes are specified in the release notes. Among the most striking a new managment for the proprietary drivers and the repository. The writer already used successfully Mint, but in the variant with the XFCE desktop environment. This time, it was decided to give credit to the developers of Mint and use the official version with Cinnamon instead of XFCE.

No more pleasantries. The new Mint soon proved to be a bomb, with really gew things to complain about. Installed as usual directly from an USB stick, in around twenty minutes we had everything set and ready. All the hardware of our laptop Dell Inspiron 1525 has been recognized on the fly, but we had to turn on the of the proprietary wireless driver in order to use the wireless connection. A few automatic updates remained to be done, and so, we started with our tests.

For simple matter of habit, coming from XFCE, we moved the main panel at the top. Linux Mint is installed with a lot software ready for use. We limited ourselves to add some tools which we use daily: IBus to handle input in Chinese, Double Commander, the text editor Geany, SMPlayer, Clementine for music, Dropbox, Skype and little else. 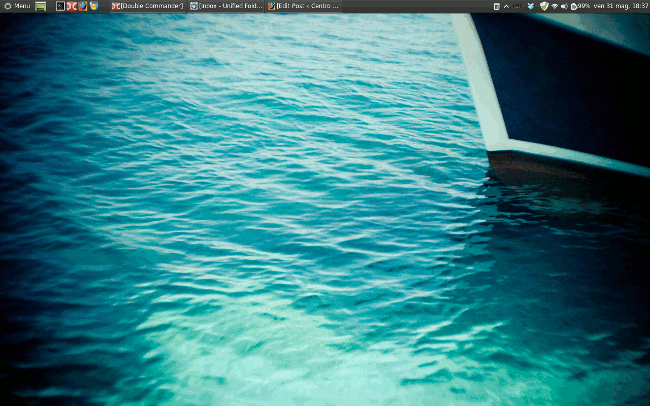 A small note for those who use Double Commander like us. The GTK version has a bug with the animation effects of the windows. If you try to delete a file, the popup of cancellation remains on the screen and it is impossible to get rid of it even after a restart of Cinnamon. To resolve this issue and get back to safely use Double Commander, simply avoid using the Fade effect in the settings of the effects of Cinnamon. We hope that soon this bug will be fixed.

For those who do not know Double Commander or prefer to use what Linux Mint provides, the file manager Nemo, derived from Nautilus that is the default in Ubuntu, offers everything you need. 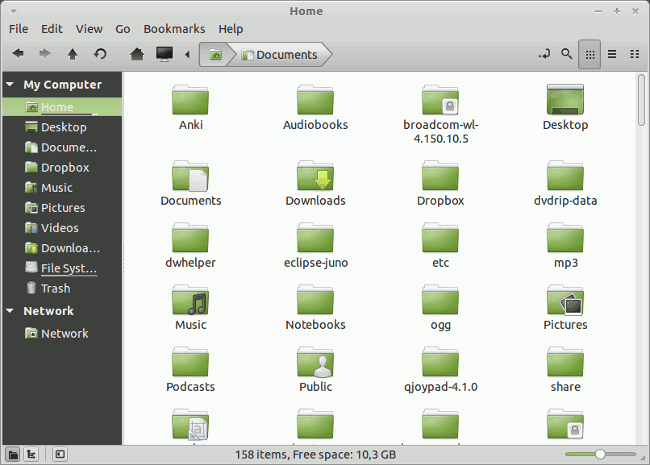 A fresh installation of Linux Mint also miss the Windows fonts, but just type the following command in the terminal to resolve this:

Thanks to Cinnamon, the menu is a little gem of elegance, order and comfort. It is a moment to find all the applications, add them to the panel, reorder, create desktop shortcuts. For those who like hack everything, within the options menu there is the possibility to enter the path of a directory directly in the search box. 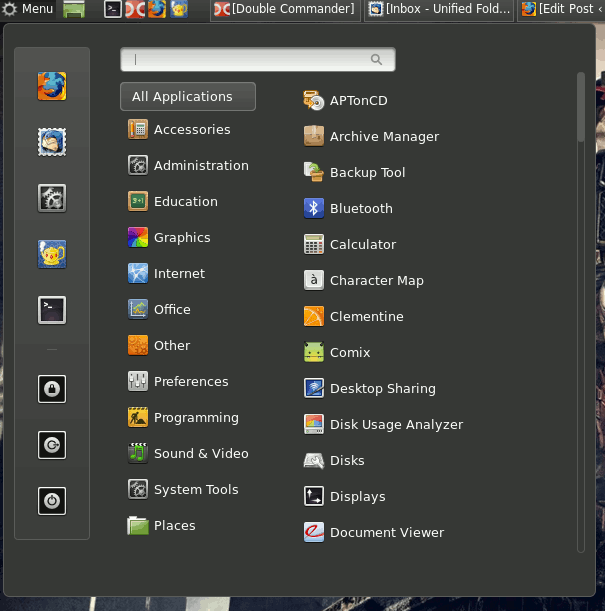 There are several settings which you can customize in Linux Mint. Of course you do not have the freedom that you had with XFCE, but we are not so far away. To change the appearance of the system there are two themes available, you can add more themes directly from the system settings without getting lost among websites. However, the first attempt to look for new themes on the web proved to be quite long in spite of our network that was working perfectly. There are also desklets useful to beautify your desktop, and various extensions are easily accessible in the clean and polish panel with the system settings. 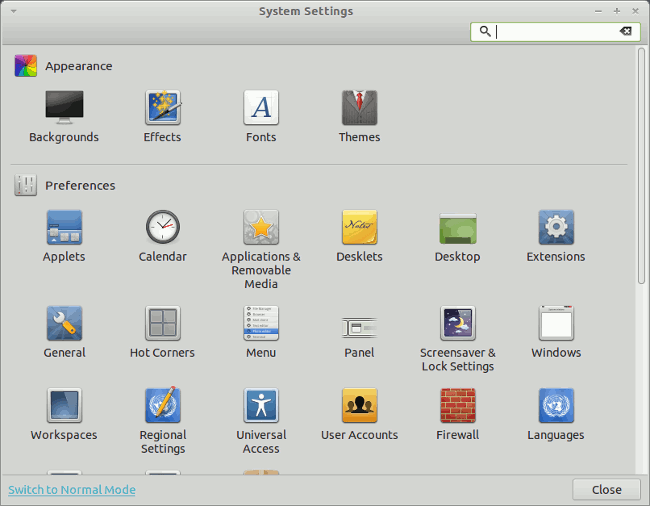 A few clicks and tricks and voila, here is how our Olivia in all its glory will look. 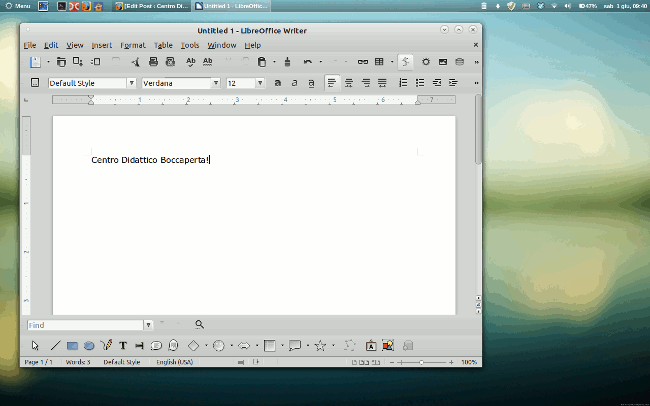 Another minor inconvenience experienced was the inability to see other PCs in our local network via the Samba service. To solve the problem is enough to follow this simple procedure:

Wait a few minutes and all is done, our local network was accessible again. 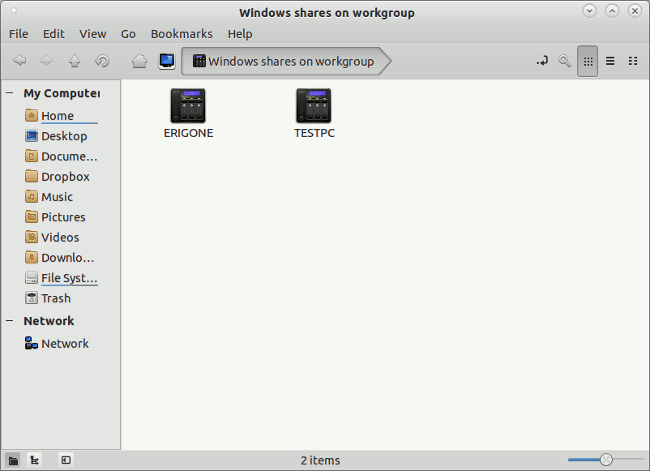 Olivia is proving to be all that Linux Mint has tried to be since it was born. A stable operating system, elegant and easy to use. Rejecting the desktop environments of the latest Ubuntu and Fedora that have so divided the Gnu/Linux community, Linux Mint makes simplicity and comfort its true strength. If you want to find a downside, with Cinnamon the load times at startup are a bit slower than when we were using XFCE, but nothing to tear his hair. GNU/Linux has never been so beautiful.

One Response to “Out test with Linux Mint 15 Olivia, Cinnamon edition”