I’ve received this press-release from Proxmox, I like their software and I really believe that it can enhance the work of system administrators, and so I’m happy to publish this news about their new release.

Proxmox Virtual Environment is a complete open source virtualization management solution for servers. It supports KVM-based guests, as well as container-virtualization with OpenVZ and includes strong high-availability (HA) support based on Redhat Cluster and Corosync. Installation is fast and easy with a bare-metal installer and configuration is done via the integrated web-based management interface. Based on Debian GNU/Linux and fully licensed under the GNU Affero General Public License, Version 3 (AGPL-3.0), Proxmox VE is a solution without restrictions for home and business use.

END_OF_DOCUMENT_TOKEN_TO_BE_REPLACED

I’ve changed the GNU/Linux distribution of my home computer from Xubuntu to Mint (XFCE edition) 2 releases ago, and from that date I’ve never regret it, so while I wait for the release of the XFCE edition of Olivia (the code name of Mint 15), I’m glad to publish an interesting article of Manuel and it’s experiences with the Cinnamon edition of Mint 15.
—

The new version of Linux Mint has just been released. The developers have arrived at version 15, the nick name of this version is Olivia. A lot of the changes are specified in the release notes. Among the most striking a new managment for the proprietary drivers and the repository. The writer already used successfully Mint, but in the variant with the XFCE desktop environment. This time, it was decided to give credit to the developers of Mint and use the official version with Cinnamon instead of XFCE.

No more pleasantries. The new Mint soon proved to be a bomb, with really gew things to complain about. Installed as usual directly from an USB stick, in around twenty minutes we had everything set and ready. All the hardware of our laptop Dell Inspiron 1525 has been recognized on the fly, but we had to turn on the of the proprietary wireless driver in order to use the wireless connection. A few automatic updates remained to be done, and so, we started with our tests.
END_OF_DOCUMENT_TOKEN_TO_BE_REPLACED 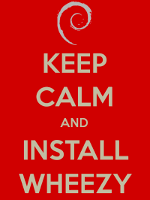 I’ve spent the last 30 minutes (more or less) in the upgrade of my VPS from Debian 6 to Debian 7, in short this has been a great success just 1 conflict with some packages and some old WordPress module of another website that are not compatible with php 5.4, total downtime of the website : 8 minutes.

And now some detail of my experience.
END_OF_DOCUMENT_TOKEN_TO_BE_REPLACED 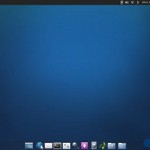 Last year I’ve bought a new desktop computer and on this one I’ve moved from Ubuntu to Mint as “Home distribution”, but I still have as backup PC an old laptop with Ubuntu, and some days ago I’ve updated it from Xubuntu 12.10 to 13.04, these are my observations about this new release of Ubuntu. […]

Debian 7 will arrive in the first week of May

Now there is an official date for the release of Debian 7 “Wheezy”: it will be between 4 and May 5. Neil McGovern, on behalf of the project development team has officially communicated this on the Debian mailing list. We now have a target date of the weekend of 4th/5th May for the release. We […]