As we all know, Nmap (Network Mapper) is a stealth port scanner widely used by network security experts (including forensics & Pen-testing Experts). In this article we’ll see the different types of Nmap Scans, its techniques, understanding the purpose and goals of each scan , its advantages or disadvantages over other scanning tools, which could be better at evading firewalls & IDS (To a certain extent) and much more. In this first part, I have made my best to explain the basic scanning techniques, Host discovery options, port scanning options, techniques used in detecting Operating system & services running on the system.
i also give Nmap as already installed on your system.

Let’s start with one of the most basic and default scan, the one without using any parameters.
Open up the terminal, in Ubuntu ctrl+alt +t 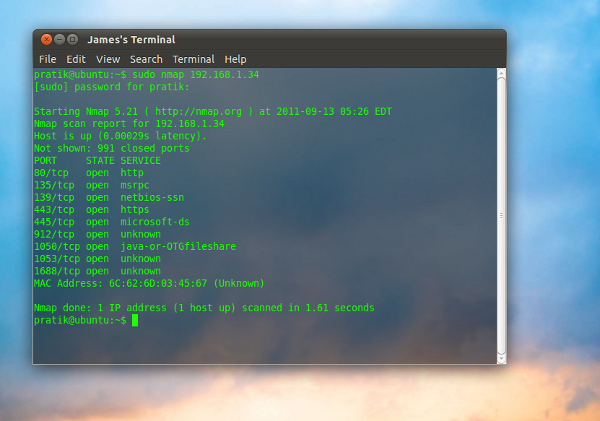 This is a basic scan of the local IP address 192.168.1.34, we use sudo to gain administrator privileges, and then we give the target to Nmap.
Moreover, you can also scan multiple ip address at once, so for example you can give: 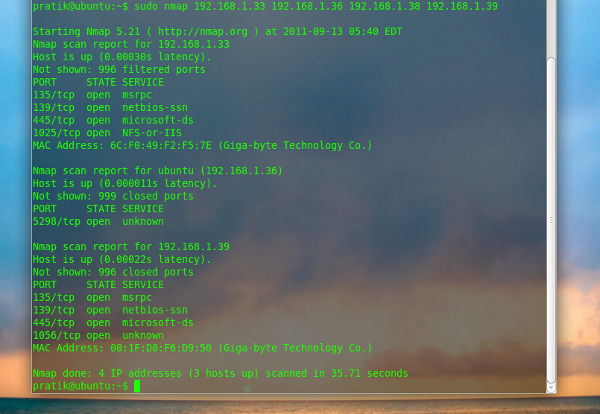 Note there is a space between each complete ip address, in above example we have used 4 target ip addresses to do the scan at once

Before scanning a target port, Nmap will attempt to send ICMP echo request to see if the remote host is “alive”. This can save time when scanning multiple hosts as nmap won’t waste time attempting to probe hosts that are offline. 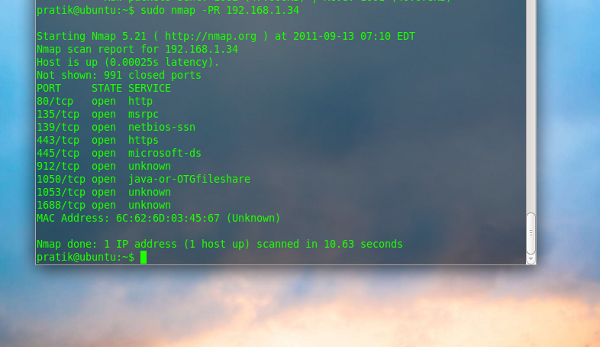 -PR option is automatically implied when scanning a local network. This type of discovery is much faster as compared to other ping methods . it has the added benefit of being more appropriate because LAN host can’t block ARP request.

NOTE: this type of scan doesn’t work on targets which aren’t in your subnet range.

The -p option is used to instruct nmap to scan the specified port(s)
To check if the telnet port is open:

The above example demonstrates using –p to scan port 23.
You can also scan more ports by adding comma (,) between each port or providing the scan a port range, you can indicate this with a –

The above example demonstrates how to do the scan for status of the ports SMTP and FTP by using -p option with the name of the ports.

Choose between TCP and UDP protocol

In the above screen shot it’s specified a port range with (T) that implies TCP only, whereas U:60000- could also be added, in that case it would have implied only the UDP protocol 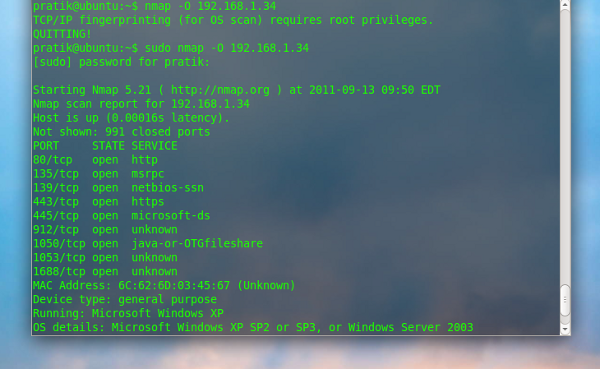 Attempt to guess an unknown O.S
If Nmap is not able to identify the Operating system, you can force it to guess by using the option –osscan-gues 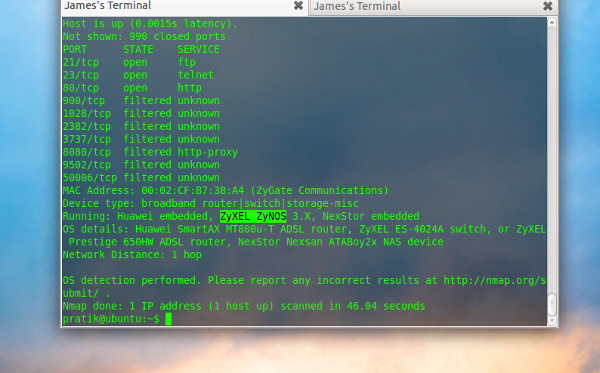 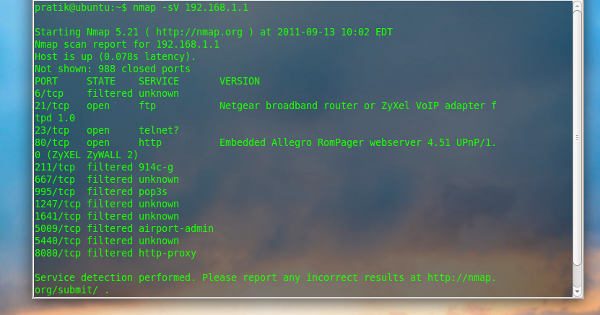 This finish the first part of this overview of the most used parameters of Nmap, stay tuned for part 2.

10 Responses to “Understanding Nmap Commands: In depth Tutorial with examples”